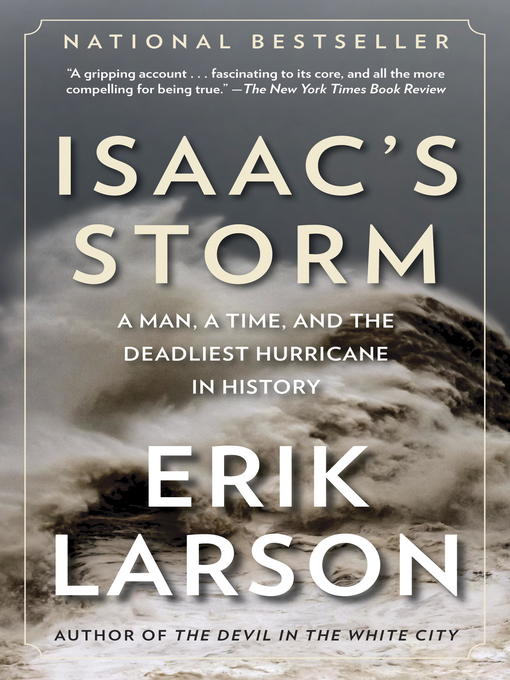 Sample
Isaac's Storm
A Man, a Time, and the Deadliest Hurricane in History

At the dawn of the twentieth century, a great confidence suffused America. Isaac Cline was one of the era's new men, a scientist who believed he knew all there was to know about the motion of clouds...

At the dawn of the twentieth century, a great confidence suffused America. Isaac Cline was one of the era's new men, a scientist who believed he knew all there was to know about the motion of clouds... 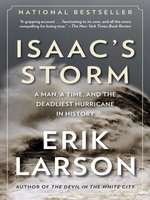 Isaac's Storm
A Man, a Time, and the Deadliest Hurricane in History
Erik Larson
Privacy Policy
Thank you for your recommendation

Isaac's Storm
A Man, a Time, and the Deadliest Hurricane in History
Erik Larson

Isaac's Storm
A Man, a Time, and the Deadliest Hurricane in History
Erik Larson
A portion of your purchase goes to support your digital library.