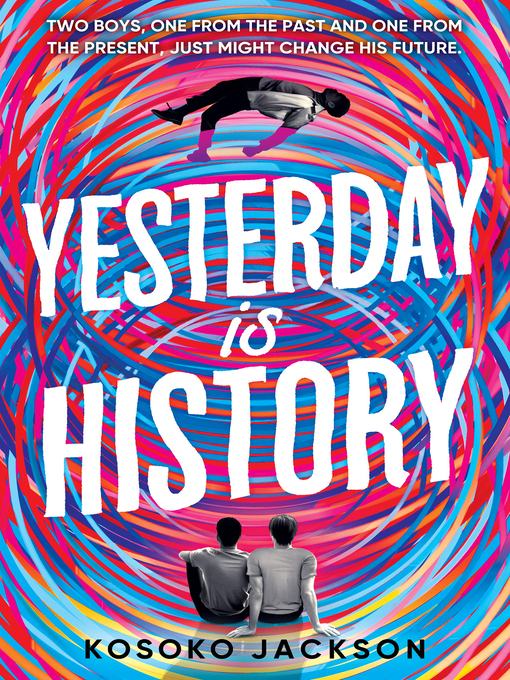 One of PopSugar's Best New YA Novels of 2021A Buzzfeed Top LGBTQ+ YA BookA Lambda Literary YA Book to Add to Your TBR PileA Goodreads Pride Month PickAn epic, heartfelt romance about a boy torn between...

One of PopSugar's Best New YA Novels of 2021A Buzzfeed Top LGBTQ+ YA BookA Lambda Literary YA Book to Add to Your TBR PileA Goodreads Pride Month PickAn epic, heartfelt romance about a boy torn between...

An epic, heartfelt romance about a boy torn between two loves, one in his present ... and one in the past. A story of Black queer history, love, loss, and learning to stay in the moment before it passes you by.

He's ready for his life to finally begin, until one night, when he passes out and wakes up somewhere totally unexpected...in 1969, where he connects with a magnetic boy named Michael.

And then, just as suddenly as he arrived, he slips back to present-day Boston, where the family of his donor is waiting to explain that his new liver came with a side effect—the ability to time travel. And they've tasked their youngest son, Blake, with teaching Andre how to use his unexpected new gift.

Andre splits his time bouncing between the past and future. Between Michael and Blake. Michael is everything Andre wishes he could be, and Blake, still reeling from the death of his brother, Andre's donor, keeps him at arm's length despite their obvious attraction to each other.

Torn between two boys, one in the past and one in the present, Andre has to figure out where he belongs—and more importantly who he wants to be—before the consequences of jumping in time catch up to him and change his future for good.

"Oh my goodness. This book y'all. I'm a mess."—Netgalley reviewer

"Charming and captivating."—Phil Stamper, bestselling author of The Gravity of Us

"A clever and honestly brilliant novel."—Julian Winters, award-winning author of Running With Lions

"Compelling and memorable...[a] gem of a novel."—The Bulletin of the Center for Children's Books

"In his YA debut, Jackson has a great gimmick as well as a likeable protagonist who faces sociocultural realities across time."—Publishers Weekly 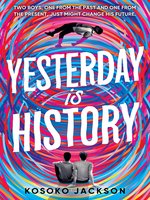 Yesterday Is History
Kosoko Jackson
A portion of your purchase goes to support your digital library.