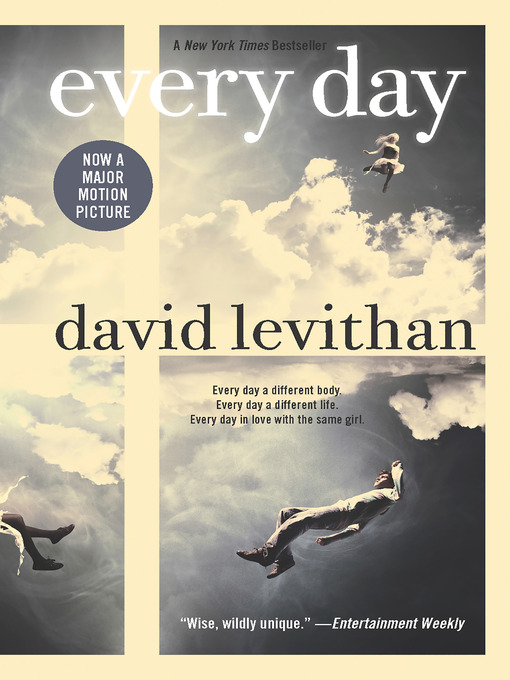 Sample
Every Day
Every Day Series, Book 1
Every Day

NEW YORK TIMES BESTSELLER • NAMED ONE OF THE BEST BOOKS OF THE YEAR by Booklist • Kirkus ReviewsCelebrate all the ways love makes us who we are with the romance that Entertainment Weekly...

NEW YORK TIMES BESTSELLER • NAMED ONE OF THE BEST BOOKS OF THE YEAR by Booklist • Kirkus ReviewsCelebrate all the ways love makes us who we are with the romance that Entertainment Weekly...

Every Day
Every Day Series, Book 1
David Levithan
A portion of your purchase goes to support your digital library.