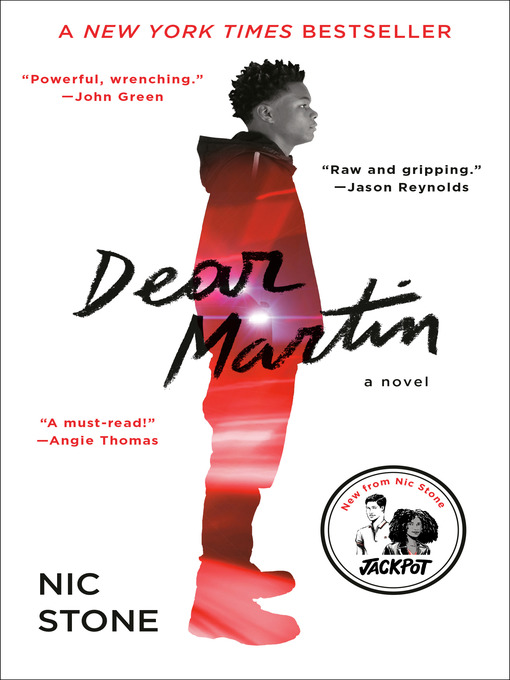 #1 NEW YORK TIMES BESTSELLER • WILLIAM C. MORRIS AWARD FINALIST • ONE OF TIME MAGAZINE’S 100 BEST YA BOOKS OF ALL TIME   After a traffic stop turns violent at the hands of the...

#1 NEW YORK TIMES BESTSELLER • WILLIAM C. MORRIS AWARD FINALIST • ONE OF TIME MAGAZINE’S 100 BEST YA BOOKS OF ALL TIME   After a traffic stop turns violent at the hands of the...

Dear Martin
Nic Stone
A portion of your purchase goes to support your digital library.