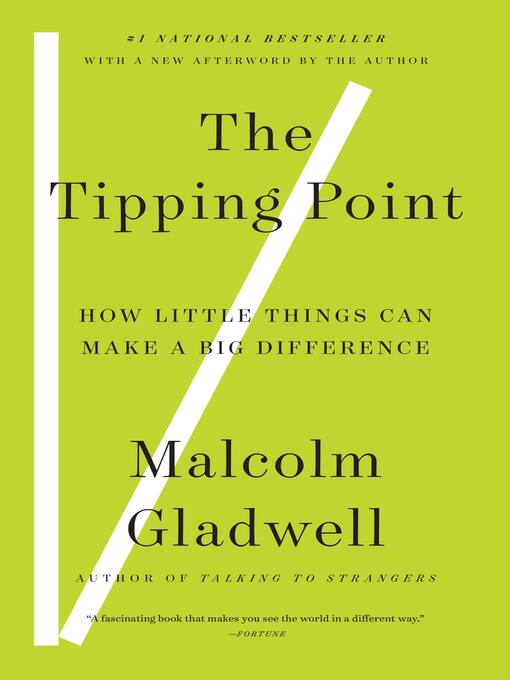 From the bestselling author of The Bomber Mafia: discover Malcolm Gladwell's breakthrough debut and explore the science behind viral trends in business, marketing, and human behavior. The...

From the bestselling author of The Bomber Mafia: discover Malcolm Gladwell's breakthrough debut and explore the science behind viral trends in business, marketing, and human behavior. The...

The Tipping Point
How Little Things Can Make a Big Difference
Malcolm Gladwell
A portion of your purchase goes to support your digital library.