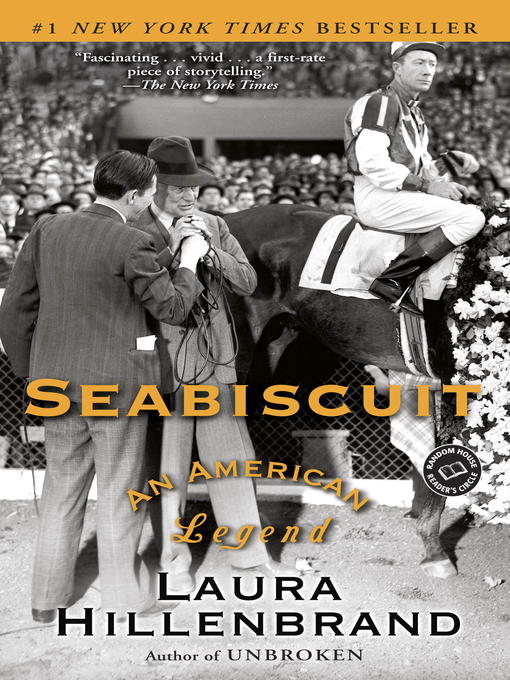 #1 NEW YORK TIMES BESTSELLER • From the author of the runaway phenomenon Unbroken comes a universal underdog story about the horse who came out of nowhere to become a...

#1 NEW YORK TIMES BESTSELLER • From the author of the runaway phenomenon Unbroken comes a universal underdog story about the horse who came out of nowhere to become a...

Seabiscuit
An American Legend
Laura Hillenbrand
A portion of your purchase goes to support your digital library.